QUESTION
I don't like changing names. But Bellows and Bedlam seem like funny nicknames.
Or are they real names?

I'm heading back to Lexington Jammer. Need to restock. Triggerhand is killin' me.

Bold. I'm not sure I understand this Triggerhand is killin' me

Someone kind to explain it to me, please. (or some cow

Bellows and Bedlam, I believe are nicknames given to connect them to their gangs, so I think it would probably work if you could give them equivalent nicknames in Spanish.
Bellows, I think refers to the bellows used to blow air into a forge's fire to make it hotter. It can also refer to shouting loudly ( I can't remember if he does much shouting).
Bedlam, I would link to chaos/ confusion and madness. It started as a nickname for Bethlam mental hospital/ asylum, and came to be associated with mad people and their actions.

Willie saying "Triggerhand is killin' me" might be easier to understand expanded to:
'My trigger hand is killing (hurting) me'
Trigger hand might be more often heard as 'trigger finger', and is referring to the hand (or finger) which is being used to fire his gun.

Belows --> Fuelles
Bedlam --> Cefalea
Makes sense haha. Belows bearer of the flame, it blows a lot and Bedlam is a headache..It is better to translate it so that it does not lose its grace.

Triggerhand is killin' me. It just seemed to me that it doesn't make sense with the rest of the sentence and I thought, I'd better ask NDCowdy

EDIT: SOLVED
I give up, I have tried to understand the meaning of this phrase.
I lack context. The Captain speaks to his lieutenants.

I am attaching a screenshot of the texts above and below. See if it helps.
Last edited: Oct 17, 2020

EDIT: SOLVED
Quest; In It For the Money

Talk: Jammer
Well, look who it is. Corvega the same shithole I remember? And how is the king of the heap? You give Jared more holes than just the needle tracks?

Bold. Someone kind to explain it to me, please. (or some cow

You give Jared more holes than just the needle tracks?
'Did you give Jared more holes than those he got injecting himself?' might be easier to translate.
In case 'needle tracks' isn't something used in Spanish, it refers to the scars left on drug addict's arms or such from where they inject themselves. So comparing bullet holes to needle holes.
(I've just noticed that 'needle tracks' comes back as 'fingerprints' when you put it through Google Translate which would be really confusing.)
Hope that helps

Yes that helps me.

I imagined it was something similar.

If you could also help me with the previous post ... Just confirm the meaning, or not, please

Oh yeah, sorry missed that one.

'I'm still putting out the feelers on that one.'
Saying that they are investigating it themselves, and/or have set others to investigate the issue.

Google only answers me filthy

Bold. Someone kind to explain it to me, please. (or some cow

C u n t no spaces, A morality filter prevents me from writing it
Last edited: Oct 18, 2020

Now that I think is an intentional mispronunciation of 'count', as someone might say 'duck' instead of 'duke'. That might be a tricky one to find an appropriate translation for.

It is possible that while I play I find a meaning. Jason is the president of my fan club. I'll make sense of this haha

I have already published the translation. I hope I did a good job.
Sim Settlements - Conqueror
Excel control sheet. Pos if anyone is curious.

I have put a small mention thanking NDCowdy

Some documentation to help. 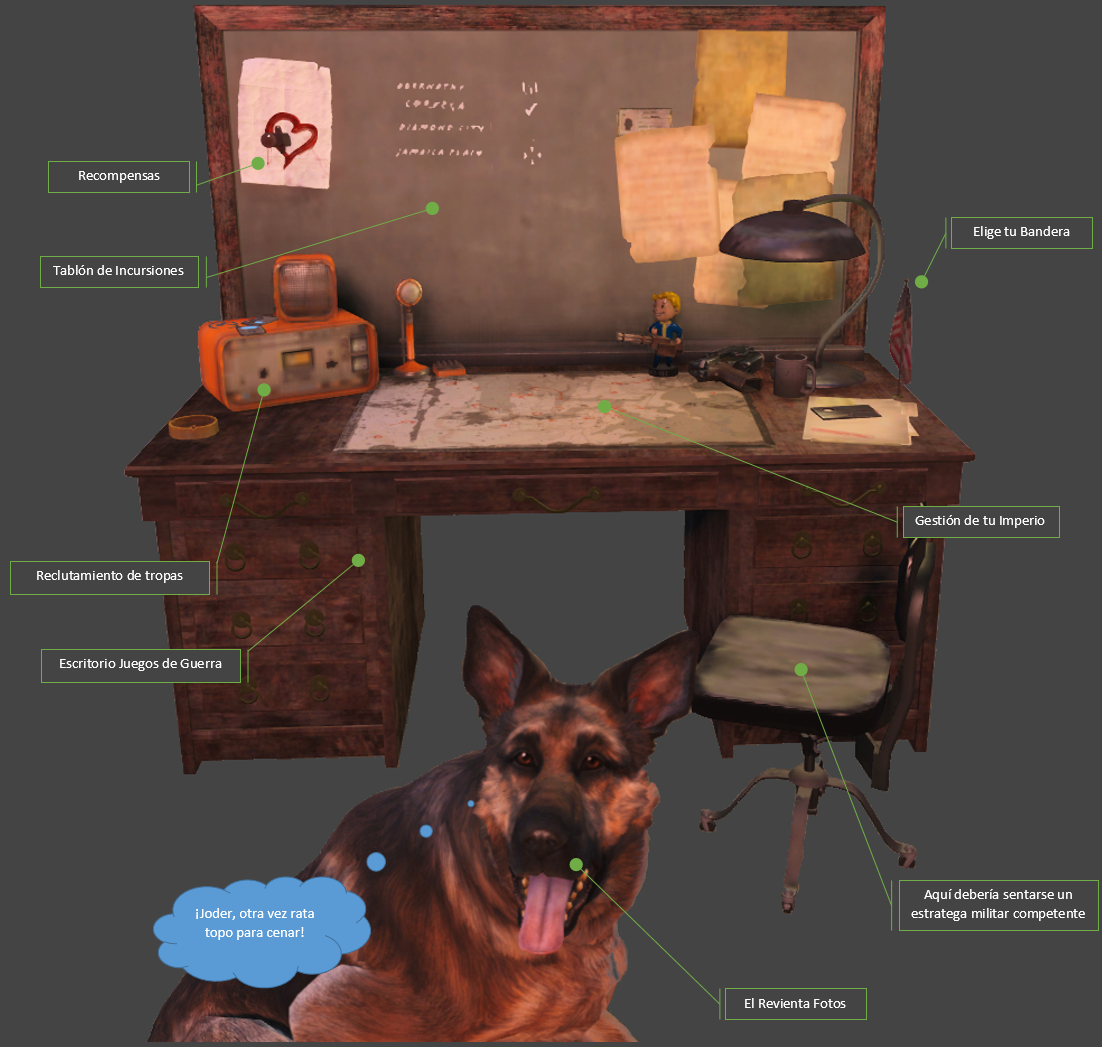 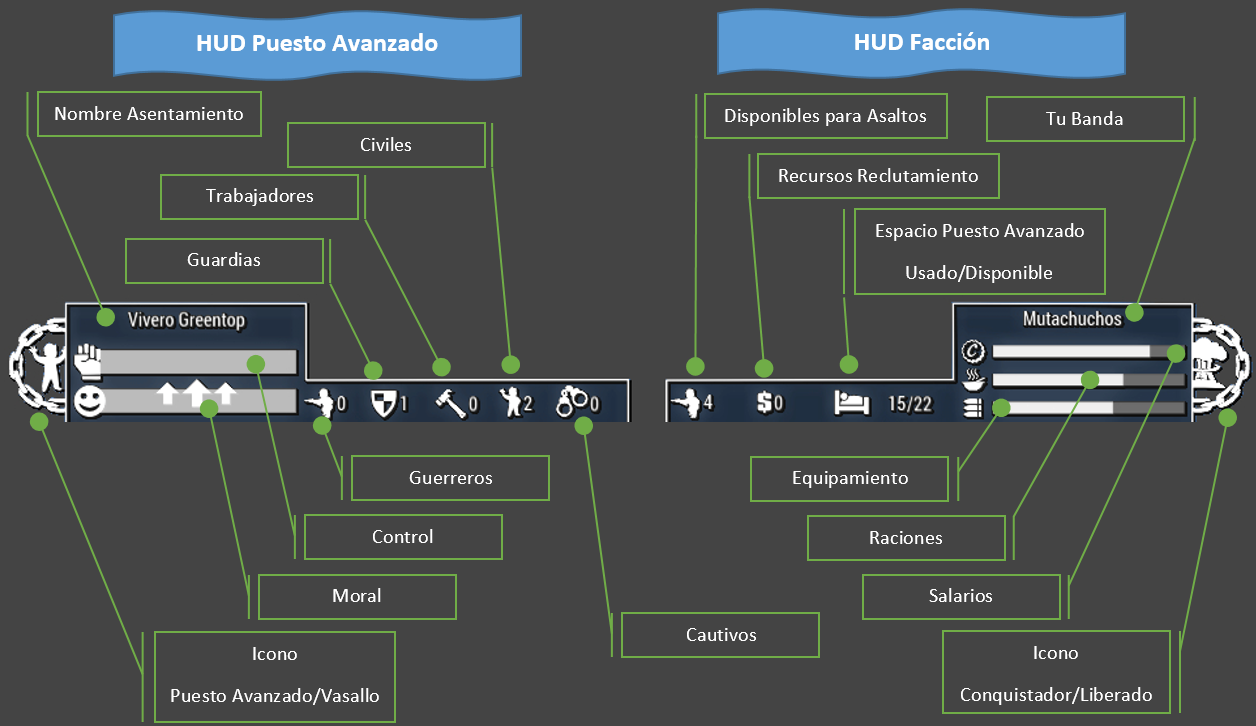 No idea what any of it says, but it looks great and like it was a lot of work to complete. I hope it helps a lot of folks enjoy the mod.
T

Hi!
It seems that you have a lot of experience translating mods.
I have translated F4EE (Fallout 4 Enhanced Edition with horizon). I have a question. When I translate SCPT (script lines) with ESP/ESM Translator (without modifying any variable), then I click on green arrow to save de mod, AND I AM ASKED TO REINJECT FILES into bsa file. Do I have to YES, or NOT?
Some scripts seem not to work (working perfectly when I don't translate SCPT lines).
Thank you very much.

Once I asked something similar and this was the answer:
"I would recommend you do not translate anything with SCPT in the Campo column, as those are script variables and they would result in you recompiling the scripts which would be very bad!".