After a year and half on this forum, I finally figured out how to post an image.

So I recently made this for myself. X axis is Population. Y is Armory Rating. (Ratings on this axis are the breakpoints) Numbers in the middle are bonus defense. The green diagonal shows the max bonus defense you can get per population.

I'm not really a math person, but I like playing one on the internet. TBH this is the only time I've played one. If my words are unclear, the chart is battle tested and true.

I only ran the numbers out to 20 settlers, but the formula used is Population squared x 3 to determine Armory Rating for the Maximum Bonus Defense. Alternatively, if you aren't above a breakpoint in armory rating for a given population, you can divide your armory rating by population to determine bonus defense. 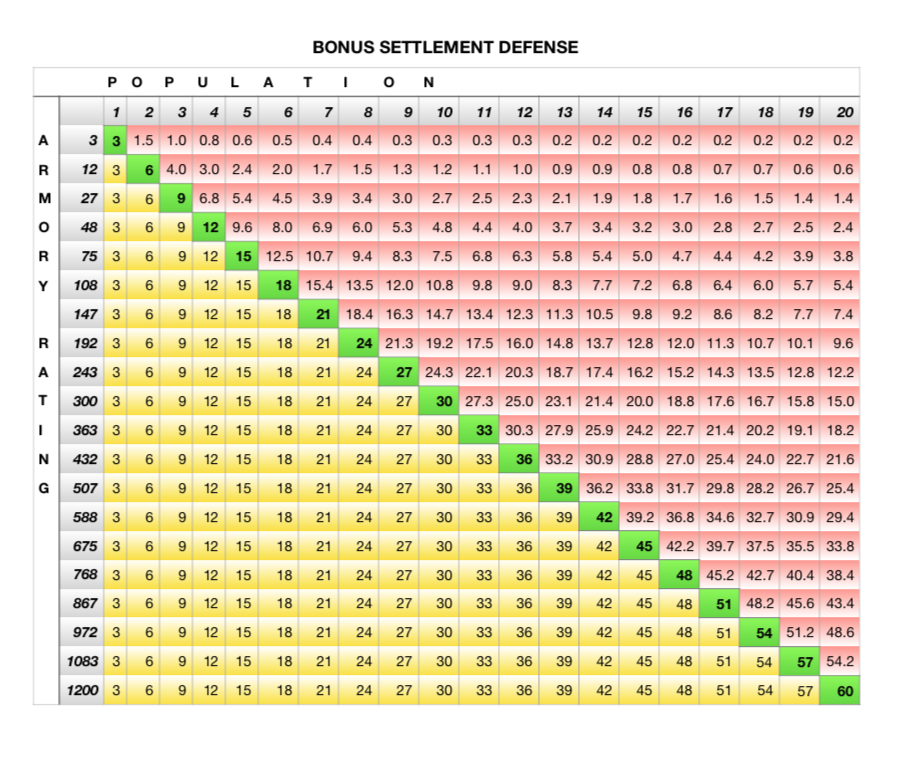