Making an entry for December, building in Graygarden. Unnamed as of now.
Last edited: Dec 28, 2018

Ok, as done as it's going to get within the time limit. Pretty sure it's kept under the complex city build limit too, though not too too far off.

Calling it Gray Wards, though not tied to the name.
Save: Here

Screenshots and some info: 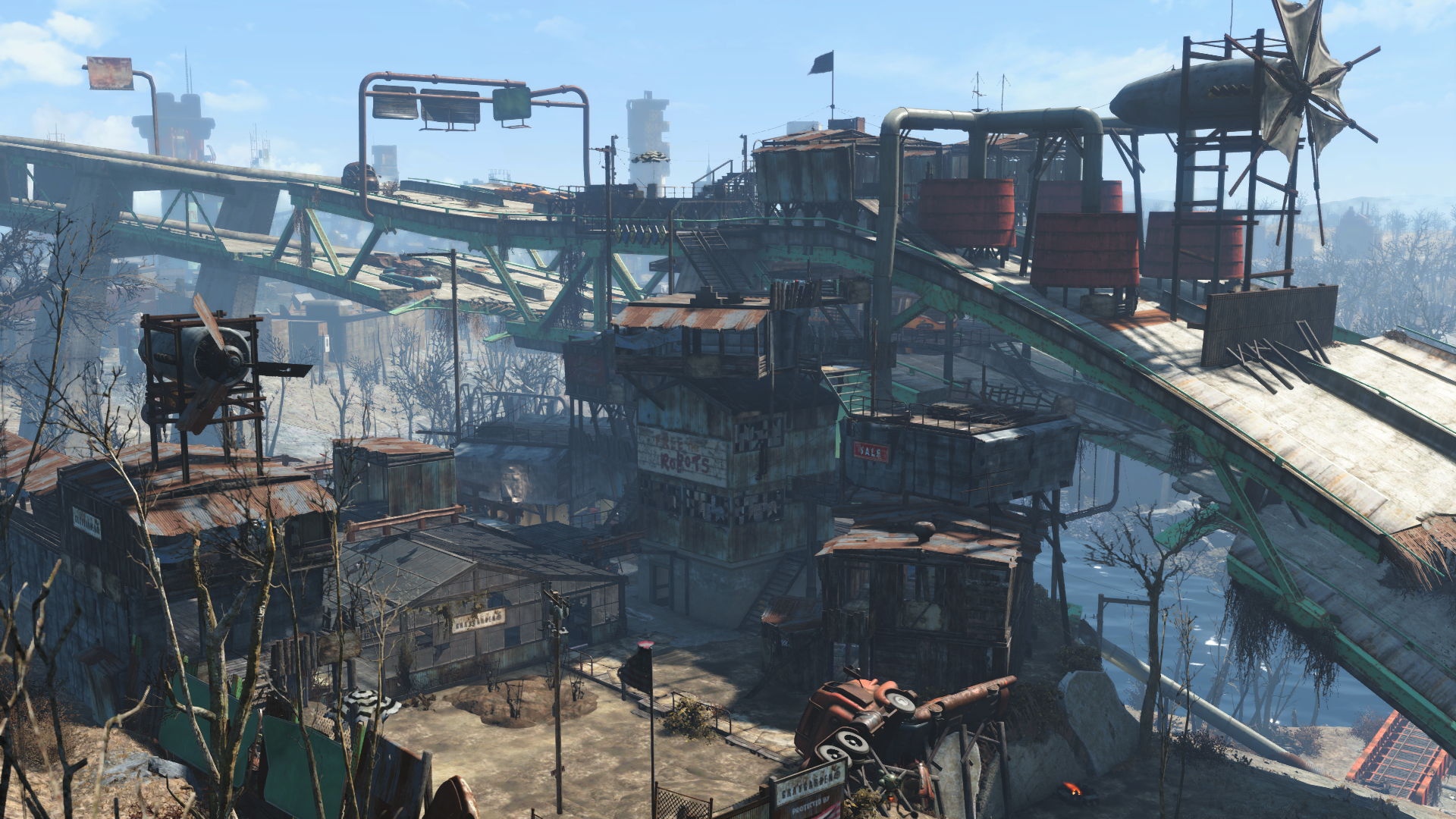 Broad overview from the entrance. The build concept started when I realized the blueprint highway chunk with the barrier seemed to perfectly come out of the highway on gray gardens, and then realized that chunk could make an awesome, if impractical, retaining wall. 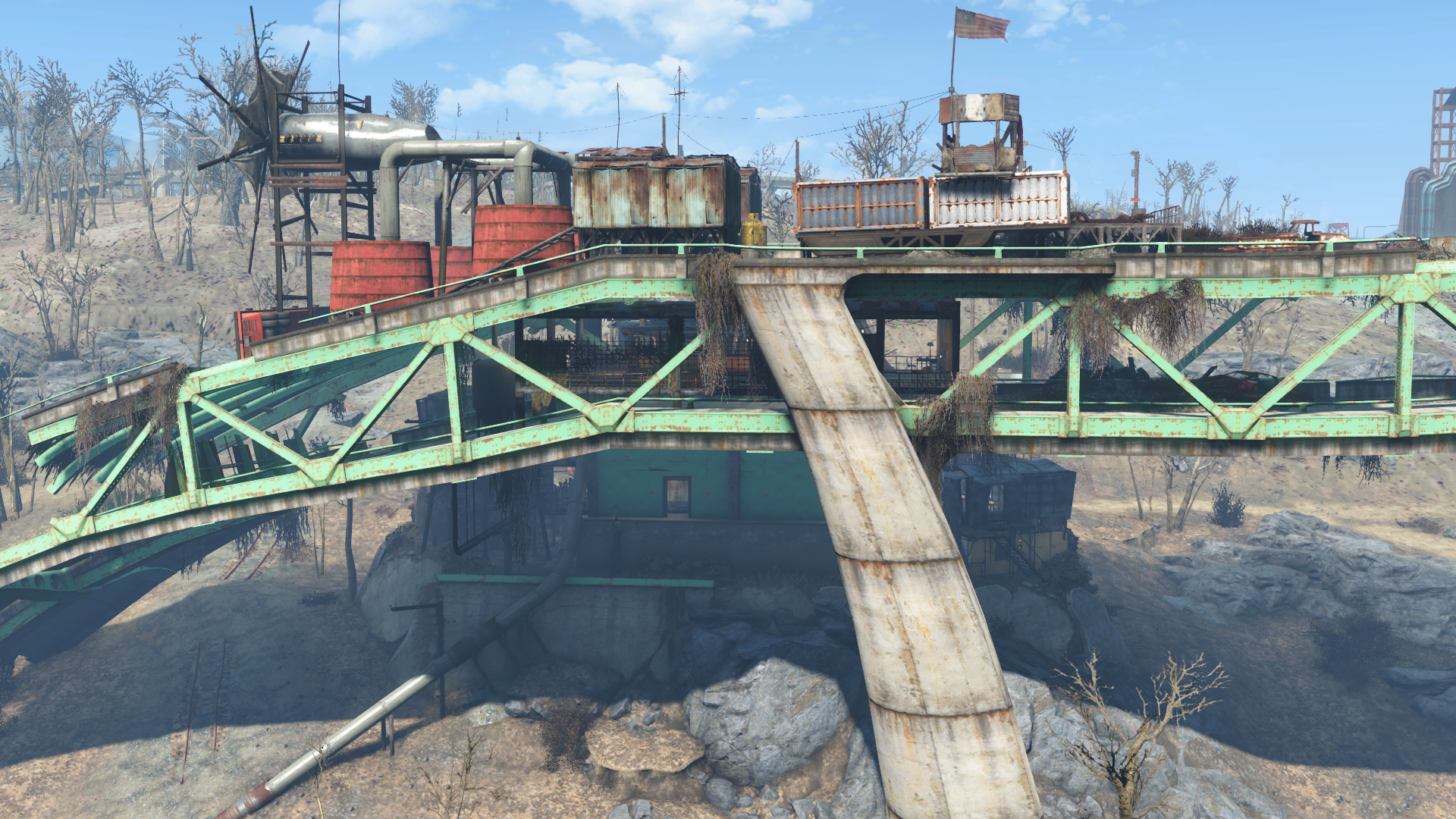 You can see the retaining wall here made of highway bits and concrete bits. Leveling off the farm a bit more to build on. This exposed back side is basically avoided for how exposed it is. You can also see the big pipe I put in as if coming from the water treatment plant. That pipe runs up to the containers up top. Ridiculous, but I like it. 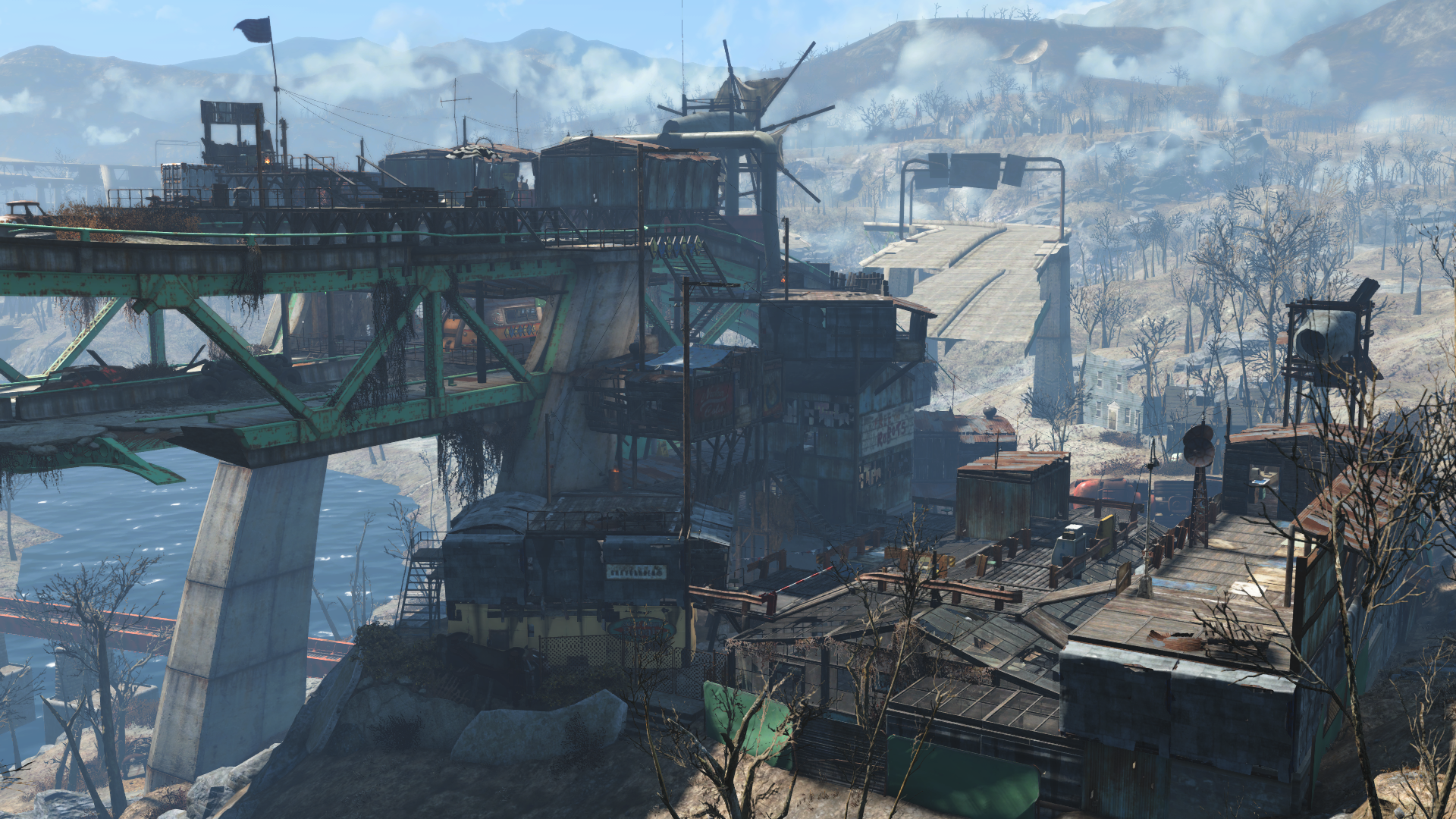 Other side of the city. I tried hard to avoid junk walls whenever I could. For the most part that meant cars, but here I used some highway signs. The retaining wall ends at those stairs. 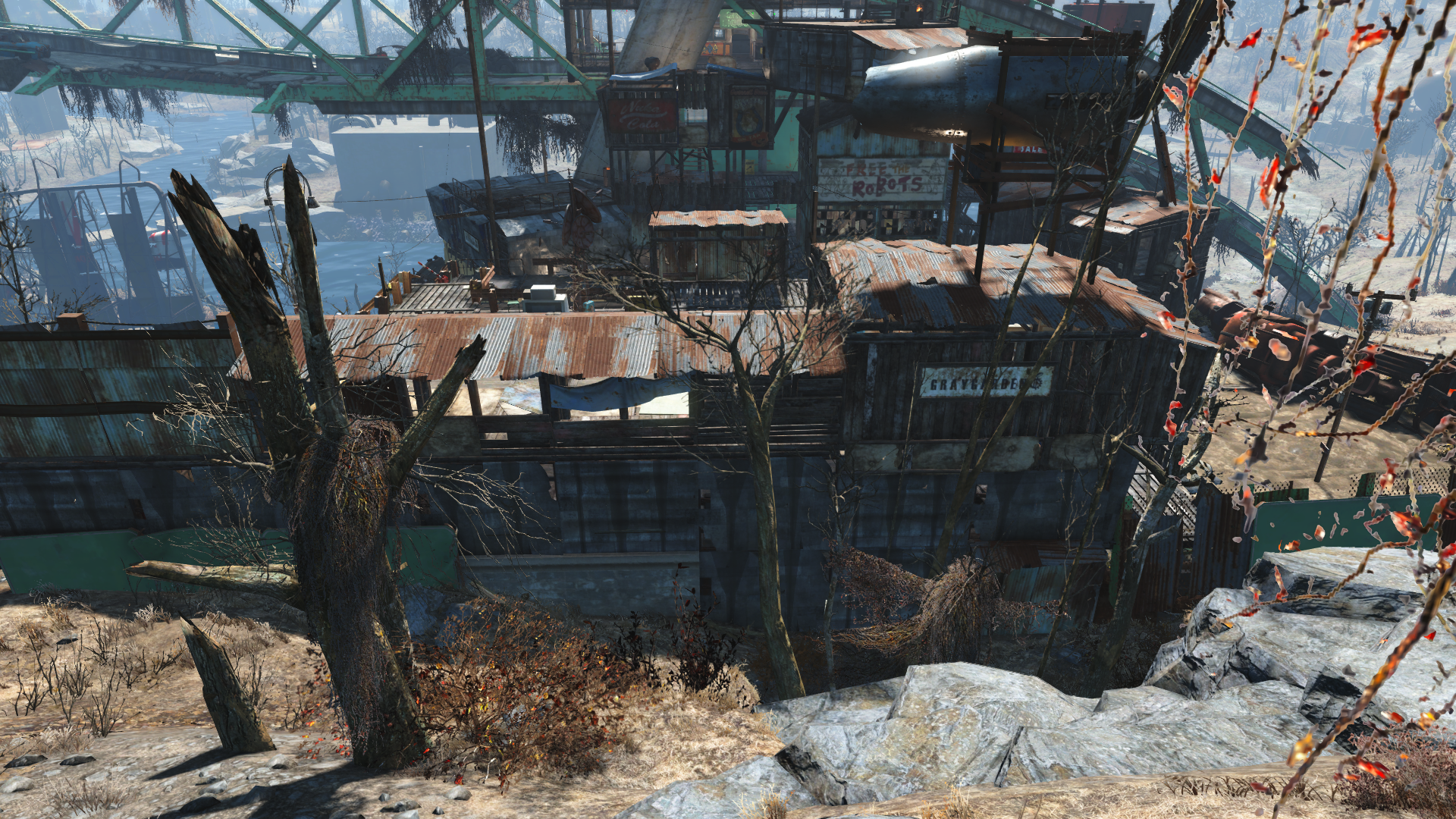 The dullest side, facing the cliff. Meant to be sort of a wall protecting the greenhouse. The wall doubling as the barracks. 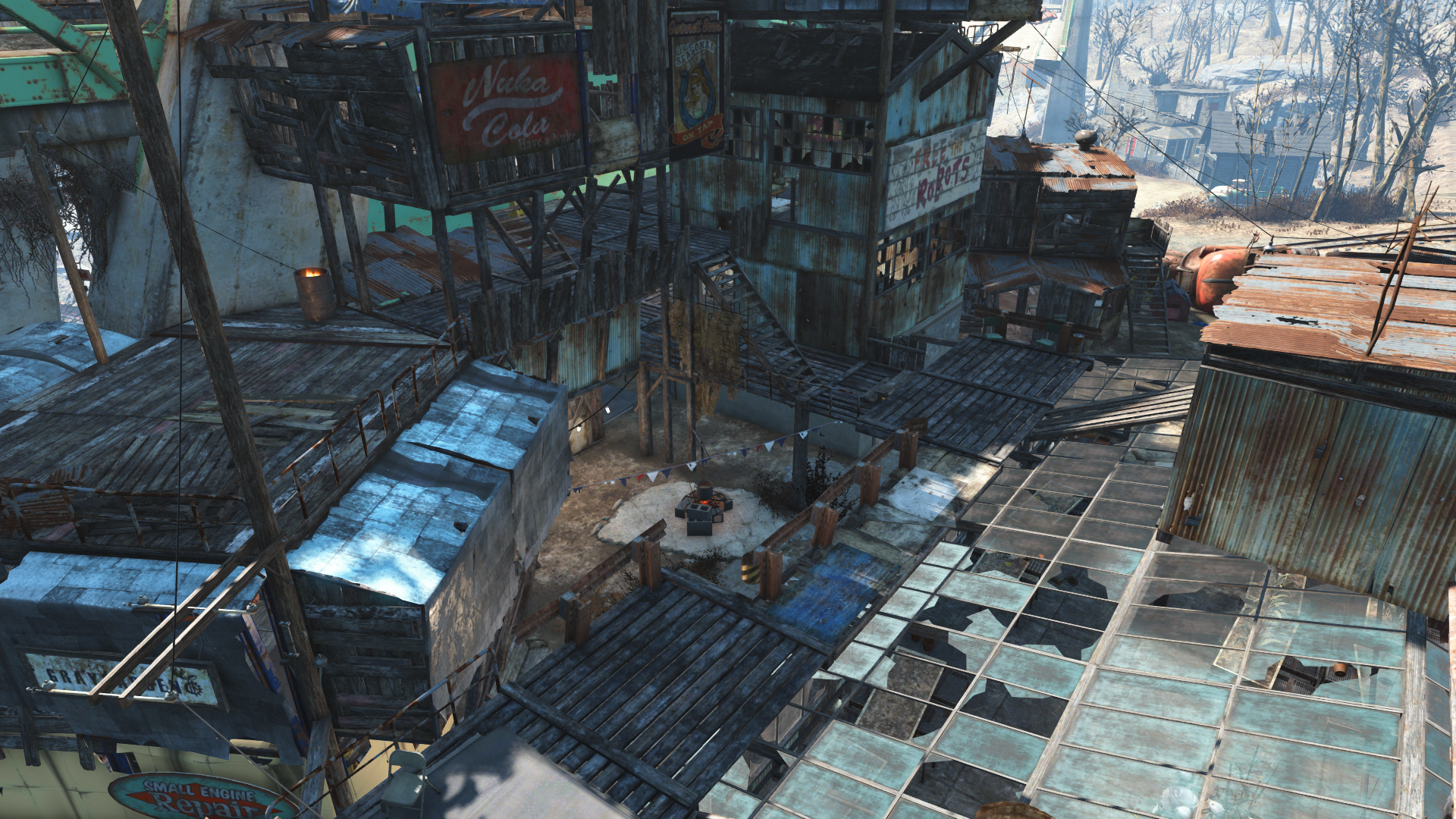 A peak down into the courtyard area. The yellow building acts as a garage with I think enough space for an automatron station, should someone with the DLC want to add it. I kept the workshop where it was, and kind of built a sunken utility room in that concrete box. The silly above greenhouse paths need more supports but I'm entirely spent on building this thing right now. 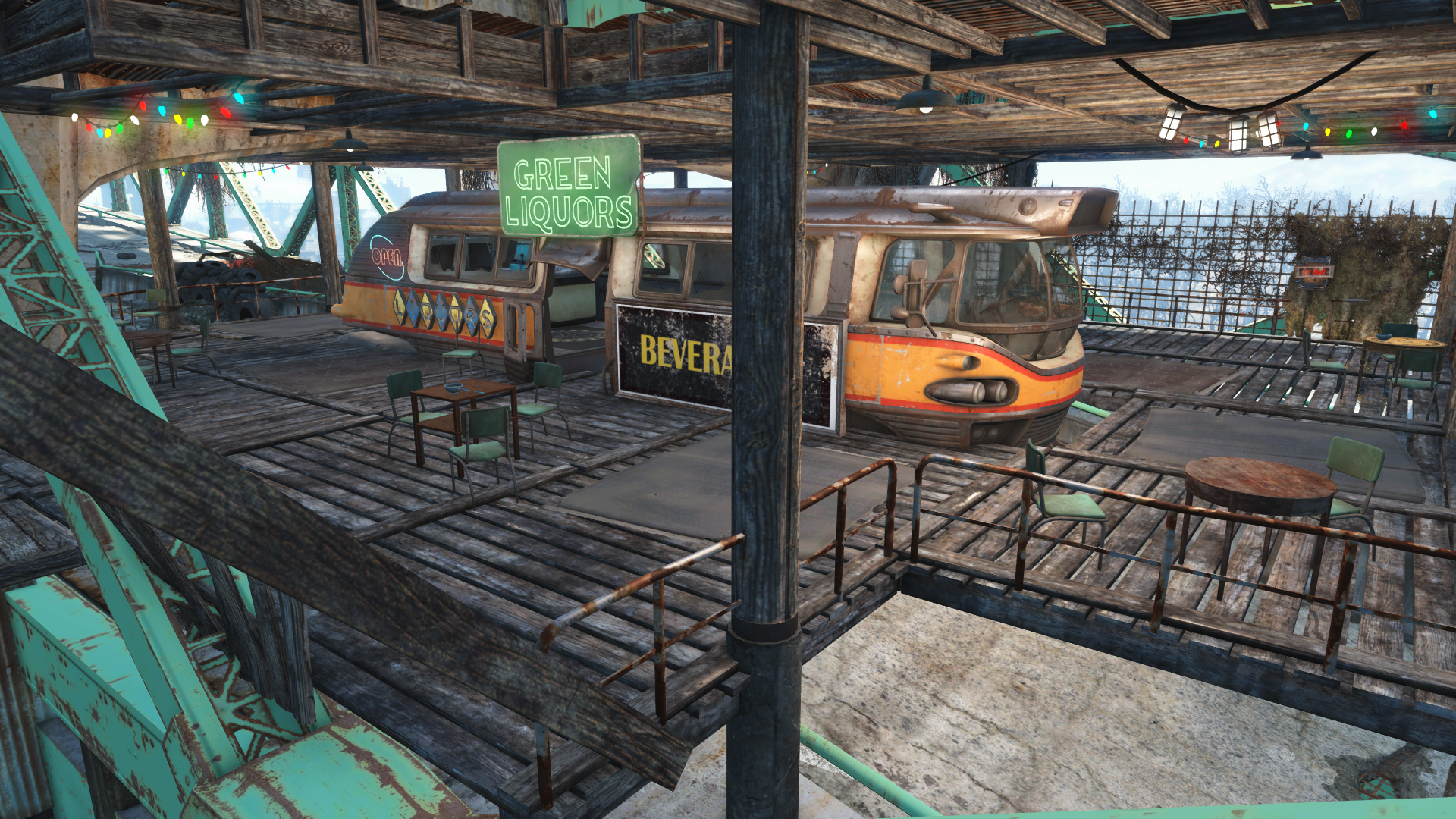 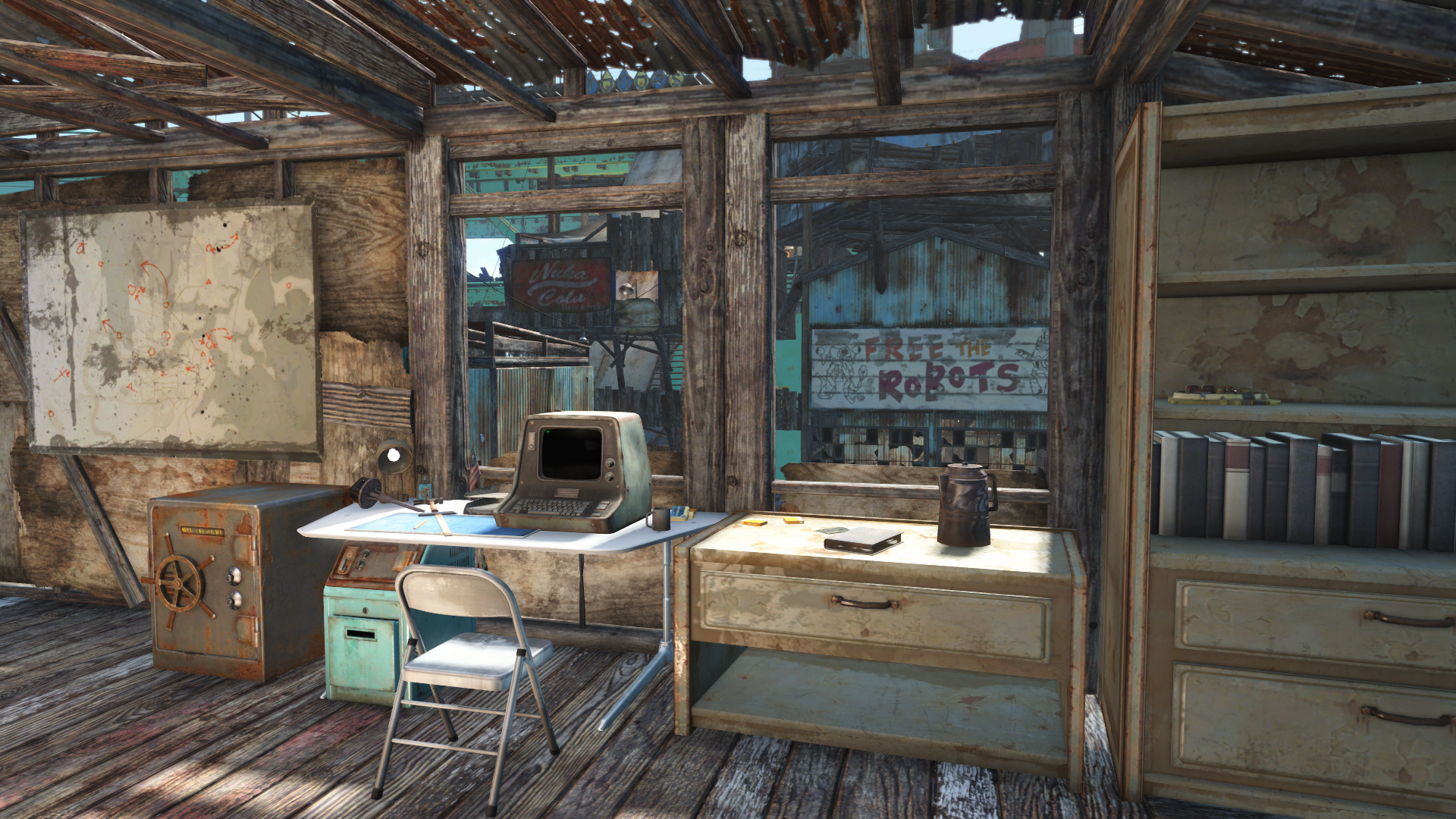 Atop the barracks is a sort of office. Figured the city planner's desk ought to look out over the city. 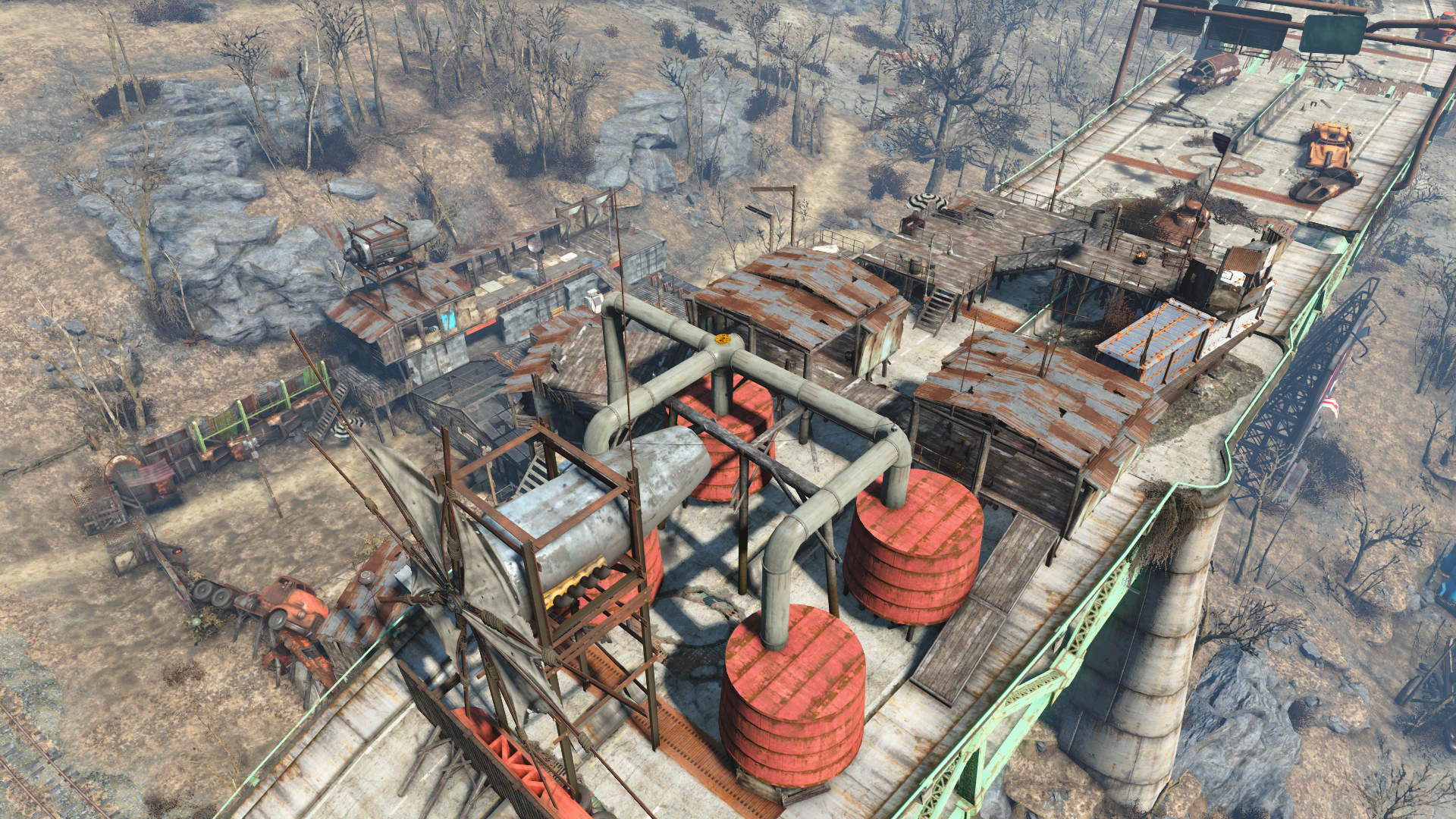 Top down view to show the water storage. The original concept I abandoned was to have sort of a tiered defense, like they could retreat onto the highway, and so the water was up there. 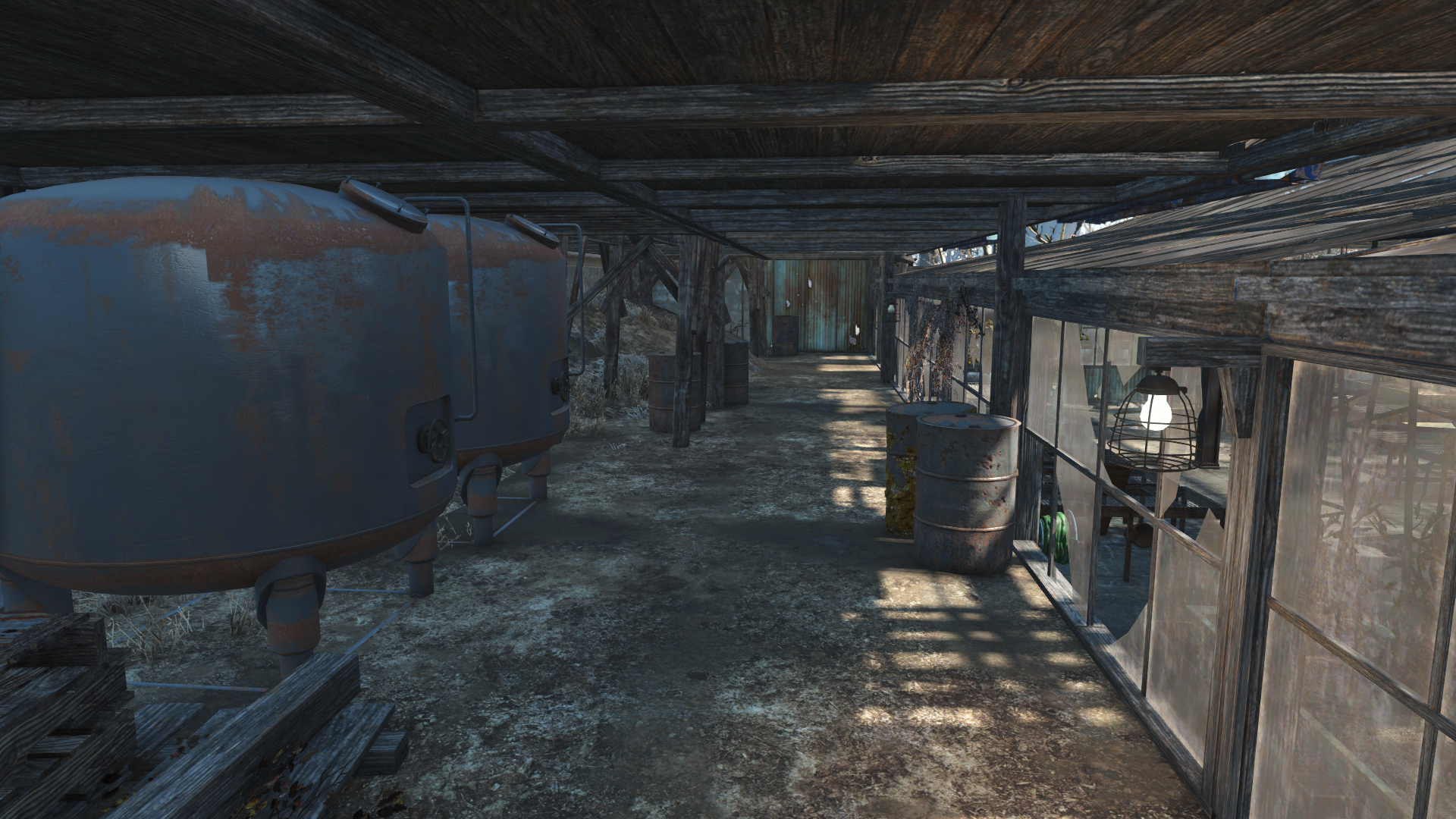 I included this as maybe the ugliest part of the build. Under the barracks, I had this gap of space for nothing. Tried to make it into kind of a storage/hallway thing? Again, ran out of time. 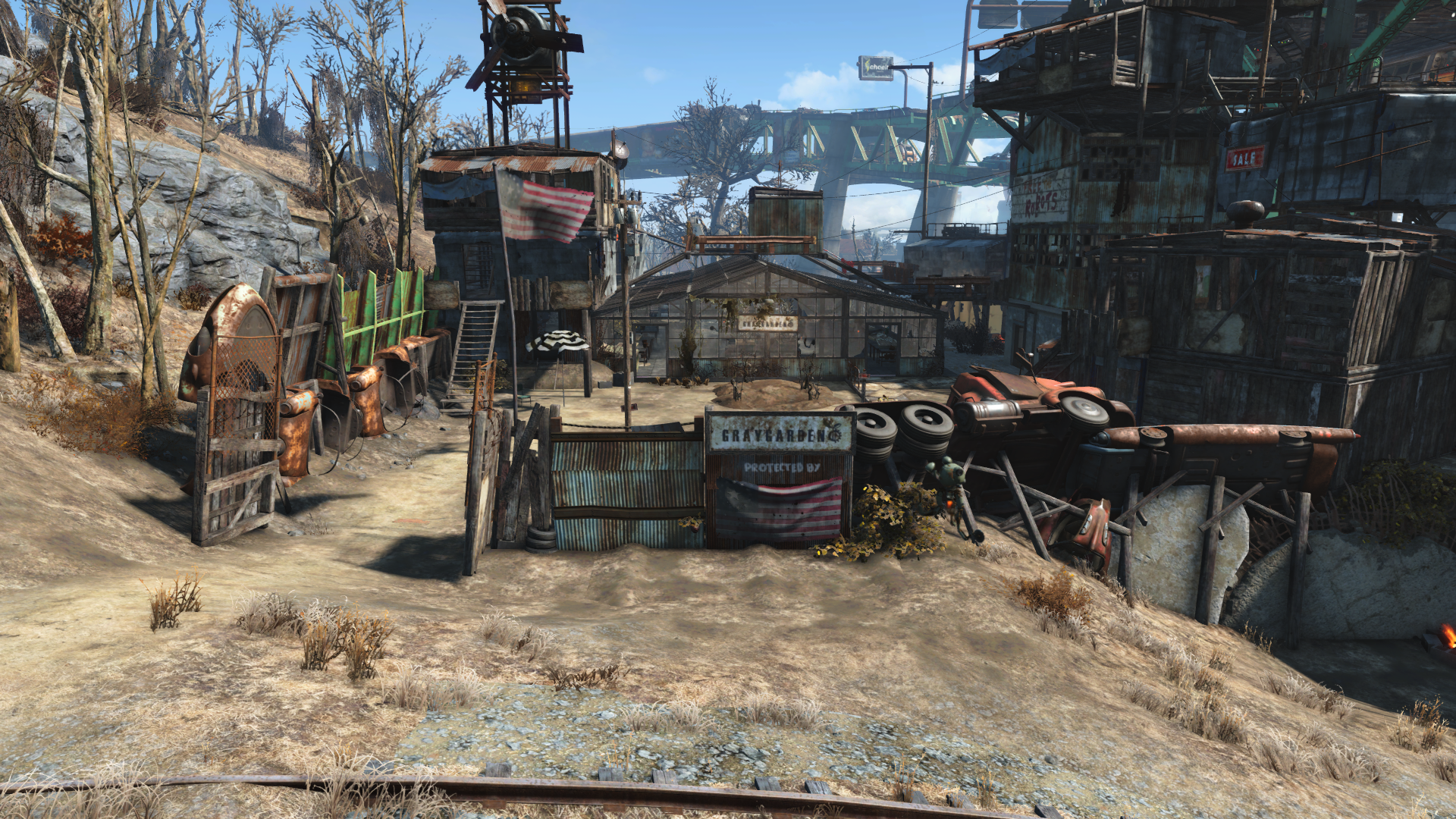 A clearer look at the gate. I tried to make good use of settlement flags, and liked the little 'protected by' bit there.
Last edited: Dec 28, 2018